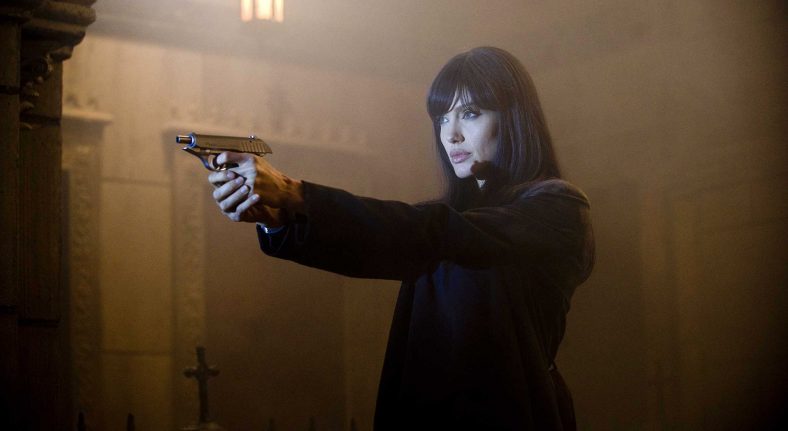 Movies are generally interesting, and most of us love them. It is no surprise that the motion picture industry is still around even after over a century of being in existence and entertaining us all.

But let us face it, in the world of film there is nothing quite as captivating as seeing a bad girl dominate the big screen. Perhaps this can be attributed to the fact that women are more often than not portrayed as vulnerable, weak and delicate, or maybe the reason is as simple as that they are simply easy on the eyes, sexy to watch and behold.

Regardless of what the reason is, the fact remains that bad girls are fun to see on screen and aren’t going anywhere anytime soon. With this in mind, let us take a look at some of the most memorable and sexiest bad girls in the movies.

Of course, this list starts off with a nod to the enchanting Angelina Jolie. Here, she plays an expert assassin named Fox that schools James McAvoy’s character on the ins and outs of assassination. With a gun in hand, she certainly makes shooting look sexy. And with that gun aimed at us, it looks like she has gone in for the kill.

Oh, come on. Do not pretend that the scene where Sharon Stone uncrosses and recrosses her legs isn’t etched in your memory forever. Because the film may be over 20 years old, but it has sure left its mark on us. Catherine Trammel: loaded, experimental, writer, killer…? Apparently, she’s a woman of many talents.

Remember that sweet, innocent little girl from E.T.? Well, you can just forget all about her as sheís all grown up in this flick. Starring as the namesake of the film, Drew Barrymore leaves our jaws on the floor with her sinister performance and embodiment of this manipulative character.

Anne Hathaway did a fine job as Catwoman, but we think that the sexier, more seductive portrayal was pulled off by the incandescent Michelle Pfeiffer in Batman Returns. Watch for yourself and you will see: Selina Kyle is a force to be reckoned with and you do not want to get in her way when she is in action. We’ll take one feline fatale, pleaseÖ

Need we say more than Demi Moore? The lady proves that she has still got it with her performance as the villainous Madison Lee in the modern adaptation of the classic Charlie’s Angels. While there is no shortage of lovable ladies in this flick, there is certainly no denying that the bad girl is the standout in this one.

Who knew that evil could look so beautiful? And who in their right mind would cast the luminous Elizabeth Hurley to play Satan? We are not entirely sure how exactly that happened but we are definitely not complaining. Tempt us. Please. We beg of you.

If you are like most guys you may be intimidated by the thought of dating a woman with a “bad girl” side to her. This is particularly true for men with limited dating experience or those who may have only dated so called “good girls” in the past. These feelings of intimidation and overwhelm that you feel when you are around a bad girl type of gal can be a major obstacle to overcome. Especially since a true bad girl would never consider dating a pansy-like man who lacks the testicular fortitude to pursue her the way she wants you to.

Well, here’s the good news: a couple of NYC dating coaches named Bobby Rio and Rob Judge have developed a system called “The Scrambler” that guys can use to get any girl they want (at least that is the premise). The idea is that by “messing with her mind” you can cause a woman, bad-girl or not, to become completely obsessed and attracted to you. It certainly would seem like it would be a lot easier not to be intimidated my a woman when she is the one pursuing a romantic relationship with you! In the video below Bobby and Rob share some of their best secrets for as they say “unlocking her legs”.

To summarize the video, it’s all about getting her “off balance” so that she is unclear as far as where she stands with you. Apparently this is very difficult thing for women to deal with psychologically, and will result in her feeling a strong need to pursue you, sort of like a kitten who you are teasing with a piece of yarn or string.

Listen, if you can’t seem to score a hot date for this weekend, or any weekend, its not your fault. Most guys struggle with dating and so called “bad girls” can be the hardest to charm.

If you are a guy who has already read and tried all sorts of how to attract women must-dos, then you may need to start delving into the psychological techniques that put her off balance and make her chase you, so long as you can justify this to yourself on an ethical level.

Following old out-dated systems for getting a date will get you nowhere with a bad girl, especially if you lack the confidence and style to naturally attract the ladies. Women want a man that stands out in a crowd and not someone that just blends in (see my post on being a bad boy.)

Personality is important but at this point the sad fact is that there are other guys out there who have way more attractive personalities than you do. Thats why you need to try harder and incorporate some of this high-level psychological stuff.

Of course you may still get some benefit out of combining an improved personality with a personal sense of style, that you can get from studying a style-guide. But no matter how much work you do to revamp your wardrobe and try to look sharp that still is not going to be enough by itself to get you the attention and attraction you desire.

The key is that once you get a woman’s attention with your sense of style or whatever ñ you need to reel them in slowly with tactics that keep her guessing. And for the love of all that is holy be sure to avoid being emotional and vulnerable to a woman you just met. This is a common mistake guys make and it causes you to come off as whiny and pathetic in a woman’s eyes.

Remember, being vulnerable to a woman only works to your benefit once you are in a relationship, and even then this is only something you want to use sparingly. If you are not looking for a relationship, don’t talk about your feelings and that kind of mushy stuff. Make sure to keep her hooked by staying mysterious, and don’t give away all your cards.

Bring Out Her Inner “Bad Girl” By Being A Bad Boy 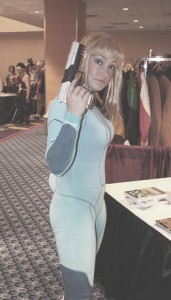 One thing many men have asked me over the years is how they can draw out the inner “bad girl” in thee women that they date, or even in their girlfriends or wives. Certainly, bad girls are sexy and exciting, so it only makes sense that guys would want to connect with this side of the women in their lives.

My answer is to bring out the bad girl in her by showing her the bad boy inside of you! Makes sense doesn’t it? You see, women are attracted to bad-boy types because these guys are exciting and a little bit dangerous. Who knows why exactly, but guys who give off that sexy bad boy vibe just seem to automatically bring out the naughty side in women.

If you are a man who is unsure on how to unleash his inner bad boy, don’t worry, books like the classic “No More Mr. Nice Guy” by Robert Glover, and more recent programs like Carlos Xuma’s Bad Boy Formula exist to help guys like yourself to become the bad boy you were always meant to be!

That being said, perhaps I should clarify the point that being a bad boy does not mean being a jerk or mistreating women in any way! Oh heck no!

On the contrary, being a bad boy is really about respecting women more, by not trying to trick them into thinking you are some fake nice guy dweeb. What women really want is a bad boy with a heart. A tough guy, who doesn’t take any crap, but who treats the people he cares about with gentleness and care… The kind of guy happy to climb a tree to save a baby kitten and do all that cute stuff that makes women’s hearts melt.

Listen, if you’ve ever wondered how you can be more successful in your relationships or your dates then you definitely need to consider whether you have been listening to her enough.

If there is one thing that we know about women, it is that they love to talk, be heard, and have their opinions/thoughts/feelings validated.

Without a doubt, doing this is sure to earn you some extra points from your lady’s point of view. But how exactly can you pull this off? Well, with women, you have to understand that details are everything. If you see the big picture, women see the tiny details that men often miss or are simply oblivious to.

First, start by asking a woman how her day went. Take note not to interrupt but to pay attention to every detail and start asking follow-up questions thereafter. Agree when she is expressing her thoughts and feelings; but it might be best to state opposing feelings or thoughts only if she demands for it. Otherwise, it could simply spell disaster or trigger an unnecessary argument.

The truth is that the key to effective communication ñ and not just between men and women ñ its really taking the time to listen and not just hear what the other person is saying. Try it out and let us know what you think.

Theme by Anders Norén — Up ↑